Journalist Javier Ortega, photographer Paúl Rivas and driver Efraín Segarra, who worked at El Comercio newspaper, traveled to Mataje (an Ecuadorian town located near the border with Colombia, where they were kidnapped on March 26, 2018. They were then moved to Colombia and killed by the Oliver Sinisterra Front, a group of former FARC members who did not demobilize in the peace process. The investigations still do not clarify their crime and both governments have contradictory versions about what happened to the journalists, in one of the world’s lead coca cultivation areas. This is an illustration of their last route, based on direct and indirect testimonies and official documents.

The journalists left in a truck that belonged to El Comercio on Sunday, March 25. They traveled from Quito to San Lorenzo, Esmeraldas, in the border with Colombia. Their objective was to report about the violent events that took place there. Five days earlier, an attack with explosives against a military patrol by the Oliver Sinisterra Front had caused the death of four soldiers.

The journalists arrived that same Sunday, March 25th, at a hotel in San Lorenzo. This is one of the border towns affected by drug trafficking and the presence of armed groups. It borders with the Colombian municipality of Tumaco, the largest coca cultivation region in the country. The next day, they traveled to the town of Mataje. 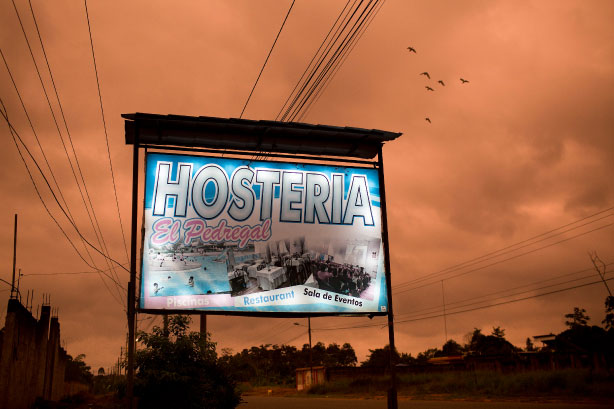 Military checkpoint on the road to Mataje

The journalists traveled to Mataje, where the Oliver Sinisterra Front had attacked a military patrol a week before. They passed a military checkpoint located 1.5 km (1 mile) away from the town. The military men told them that it was a dangerous area, but they let them pass at 09:00 a.m on March 26th, 2018. Their credentials and names were registered. 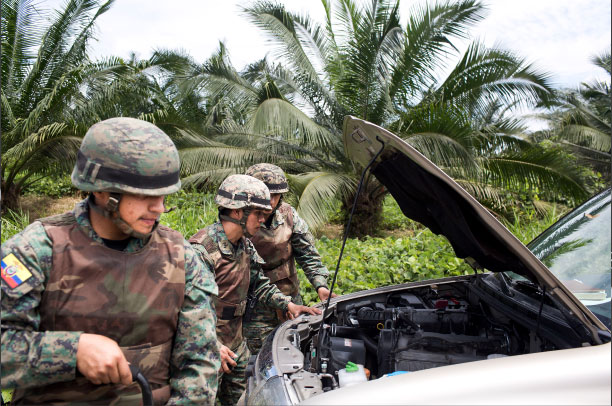 Mataje is a small Ecuadorian town next to the river that bears its name. It represents the natural limit with Colombia. According to judicial investigations, shipments of cocaine are transported through this river. The Oliver Sinisterra Front, led by “El Guacho”, controls the area and its members pass through both sides of the border. “El Guacho”'s mother lived there, in a luxurious house, compared to the other houses in the town. 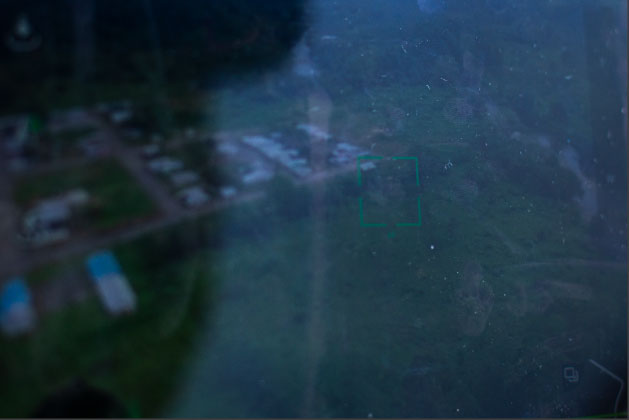 Testimonies collected by the journalists participating in this project and by the Colombian Prosecutor's Office, allow us to make an approximation of the route that the team of El Comercio could have taken during their kidnapping. But there are still gaps. In the sector of El Azúcar (Colombia), the armed group recorded a video of the journalists which was their last proof of life. 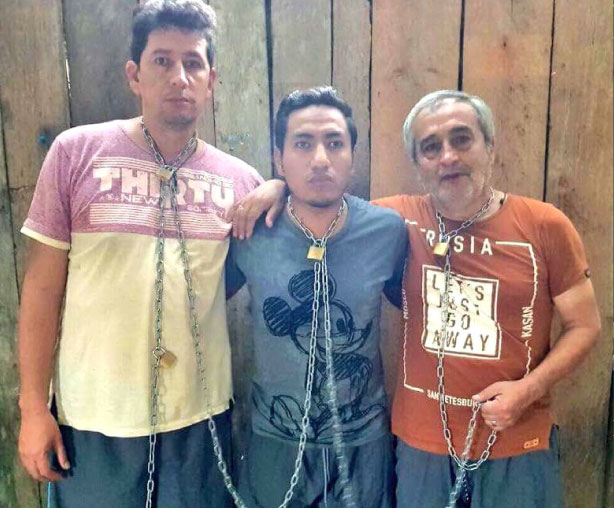 Bodies found in a the jungle area

On June 22nd, 2018, 89 days after the kidnapping, the bodies of the journalistic team of El Comercio were found and recovered in the sector of Los Cocos, thanks to the information given by a witness to the authorities. They were buried in two graves and, according to the autopsy, were killed with several shots of short-range firearms. A fourth body was found next to theirs. 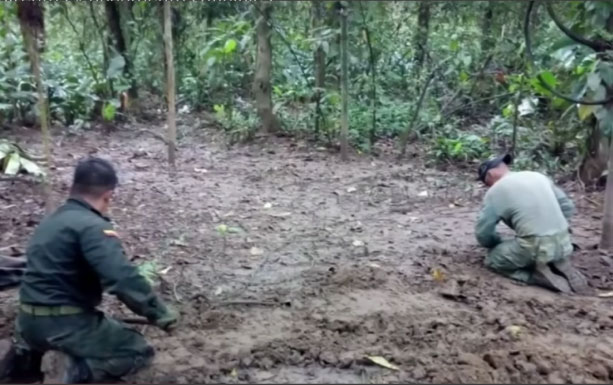