You will not stop the message 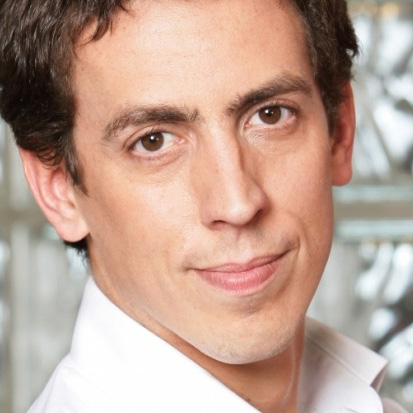 Laurent Richard is a French award-winning investigative reporter for Premieres Lignes Television, a 2017 Knight-Wallace Fellow at the University of Michigan and Executive Director of Freedom Voices Network, a new investigative nonprofit devoted to completing and publishing the stories of journalists who have been jailed or killed through a platform named “Forbidden Stories”.  This innovative project was officially launched on October 31st 2017 in Washington D.C.

The brutal killing this month of investigative journalist Daphne Caruana Galizia in Malta is a cruel and stark reminder of how tenuous the free flow of information can be when democratic systems falter. Galizia, a reporter  who exposed government ties to offshore tax havens related to the Panama Papers, died in a car bomb explosion on October 16, soon after leaving her home. The Maltese government must investigate and condemn the savage murder. But it is up to journalists to make sure this devastating loss does not result in further loss. Journalists are the only ones who can ensure that Galizia’s work survives.

For over 15 years, I have been producing long-form investigations. I covered Iraq in 2003 and 2015. I have reported from Uzbekistan, Kazakhstan and other places where there is no freedom of the press.

Two years ago, on January 7, 2015, at 11.30 A.M an event in my native France changed my life. The journalists of Charlie Hebdo – colleagues who worked on the same floor as me in a Paris office building — were murdered by two terrorists, members of Al Qaeda in Yemen. I saw these journalists every day, and suddenly, with other colleagues at Premières Lignes, I tried to help those who were still alive. The massacre made me more aware than ever of the fragility of a free press.

I arrived at the University of Michigan in Ann Arbor one year ago as a Knight-Wallace Fellow with a dream in mind – to create an international platform devoted to publishing the work of journalists who have been killed, jailed or threatened. My goal was to defeat censorship through collaborative journalism and guarantee access to independent information on critical topics. Over the past twelve months, I turned that dream into “Freedom Voices Network,” a non-profit journalism organization, supported by Reporters Without Borders. As we prepare to launch on October 31, we add the work of Daphne Galizia to the sad and long list of the journalists whose work we commit to continue.

The United Nations recognizes November 2  as the International Day to End Impunity for Crimes Against Journalists. The resolution, adopted in 2013, recognized that the killing of a journalist is not only a crime against a human being, but also against fundamental democratic values. To keep stories alive, our collaborative platform seeks to provide solutions for at risk journalists to back up their work.

If you are a journalist in danger, you can you can drop your sensitive information through one of our secure communication channels. Our newsroom will never steal your story. But if something happens to you, we will be able to continue your work and publish it broadly, across borders, through our collaborative network. If you are reporting on potentially dangerous issues such as the environment, corruption or human rights violations or other dangerous issues our secure network provides a type of insurance for your work, so that it can continue even if you are stopped.

Collaboration has become a sometimes overused catch phrase in journalism today. But it can be as powerful a tool for accountability and transparency as the technology that we need today to distribute and share our work. I believe that when a journalist is willing to risk his life for one story and the free flow of information, other journalists committed to the same ideals need to help that work reach the public.

41 years ago, in the US, 38 journalists from 28 newspapers and television stations from all over the country decided to work together to complete the work of the reporter Don Bolles who was killed in a car explosion in Phoenix, Arizona. This collaboration should inspire us today. By protecting our stories and continuing the work of reporters who can no longer investigate, we can send a powerful signal to enemies of the press: even if you succeed in stopping a single messenger, you will not stop the message.