When journalists are threatened or slayed for their work, it’s a signal the matter they were trying to uncover would have had a significant and feared impact.

Forbidden Stories’ mission is to make sure these stories actually reach the public. The consortium aims to give these information a global resonance, thanks to its international network of media partners which publish stories on the five continents.

Read Forbidden Stories’ impact report from this past year

With the Pegasus Project, our consortium published a massive investigation. Hundreds of journalists, human rights activists and opposition politicians were targeted by this spyware, setting off a worldwide scandal.

The impact of this investigation has been felt worldwide. NSO Group was blacklisted by the US. Elsewhere, the Indian Supreme Court ordered an inquiry into the state’s use of the software, while Mexico arrested an individual on charges of using Pegasus to spy on a journalist.

In order to better understand and represent the shockwaves that followed the publication of the Pegasus Project, Forbidden Stories compiled and summarized all of the available information about the project and its international ramifications in the form of maps containing key statistics, including the number of confirmed victims per country.

The Cartel Project gave unprecedented visibility to assassinated Mexican journalist Regina Martínez’s investigative work.
Including all of the media organizations that shared our work, stories were published in 20 countries and appeared on the front pages of the world’s most widely read newspapers. 32 million readers, listeners and viewers heard about the Cartel Project worldwide, based on the combined daily audiences of our media partners. 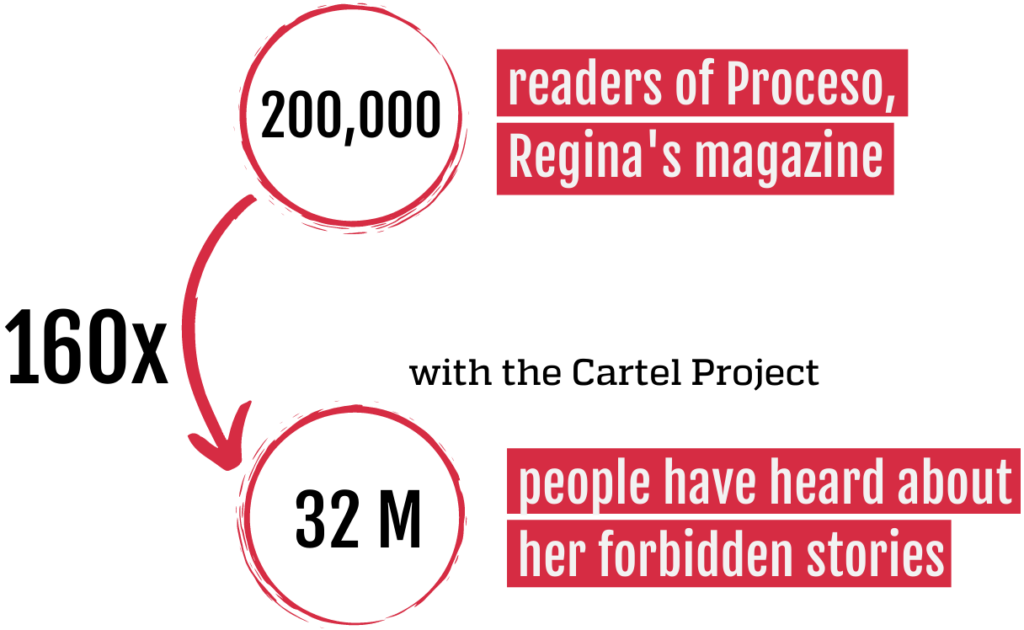 In the days following the publication, several journalists and citizens came out publicly to accuse ex-governor Fidel Herrera of threats and assassination attempts, breaking a wall of silence that had been ongoing in Veracruz for the past 15 years.
After eight years of impunity and inaction in Martínez’s murder case, Mexican President Andrés Manuel López Obrador recognized Martínez as “an incorruptible journalist” and committed to reopening the murder case if he could find a legal basis for doing so. 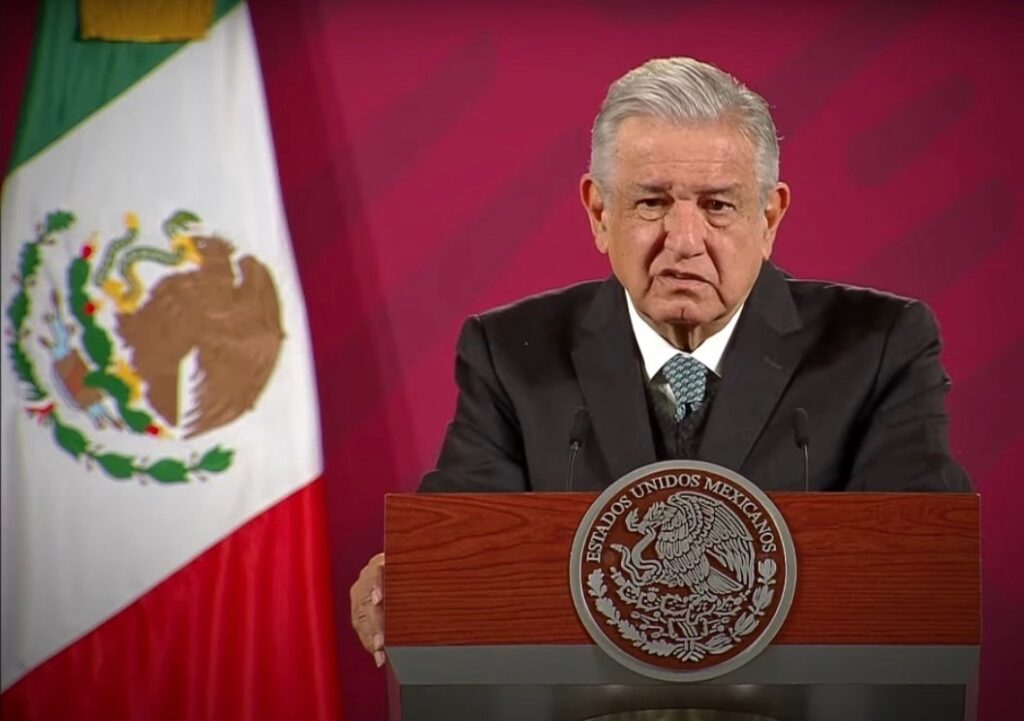 In March 2021, the Committee to Protect Journalists (CPJ), Free Press Unlimited (FPU) and Reporters Without Borders (RSF) released a report about Regina Martínez’s murder. They are urging Mexican authorities to reopen the case.

Go behind the scenes of the Cartel Project 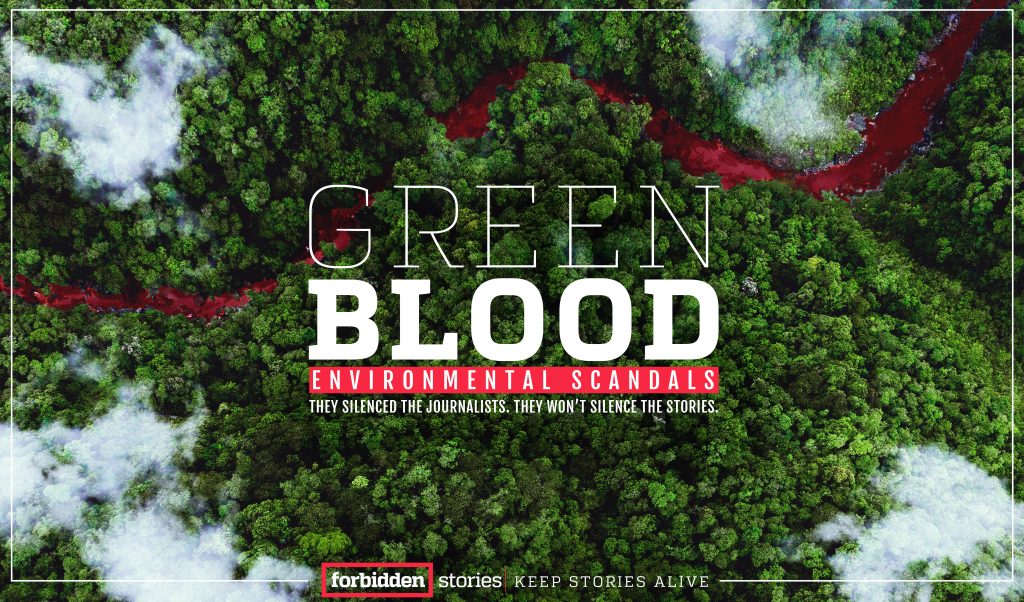 This investigation focusing on environmental scandals reached 11 million readers, viewers and listeners.
In addition to our media partners’ publications, Forbidden Stories produced a four-episode documentary series. It included a 52-minute version which was broadcast on French public television and seen by half a million viewers.
After our publication, in June 2020, the Supreme Court of Guatemala ordered the suspension of Solway Investment Group’s Fénix nickel mine, which we had investigated.

74 millions of people heard about the Daphne Project, according to a Kantar Media survey. It consisted in taking over Maltese journalist Daphne Caruana Galizia’s work after she was assassinated. With its partners, Forbidden Stories managed to amplify the message carried by the slain journalist.
While her killers wanted to silence her stories, this case eventually had an echo way further than the small Mediterranean island. 120 medias in addition to the 18 news organisations partners involved in the consortium have also spread the news of our revelations. 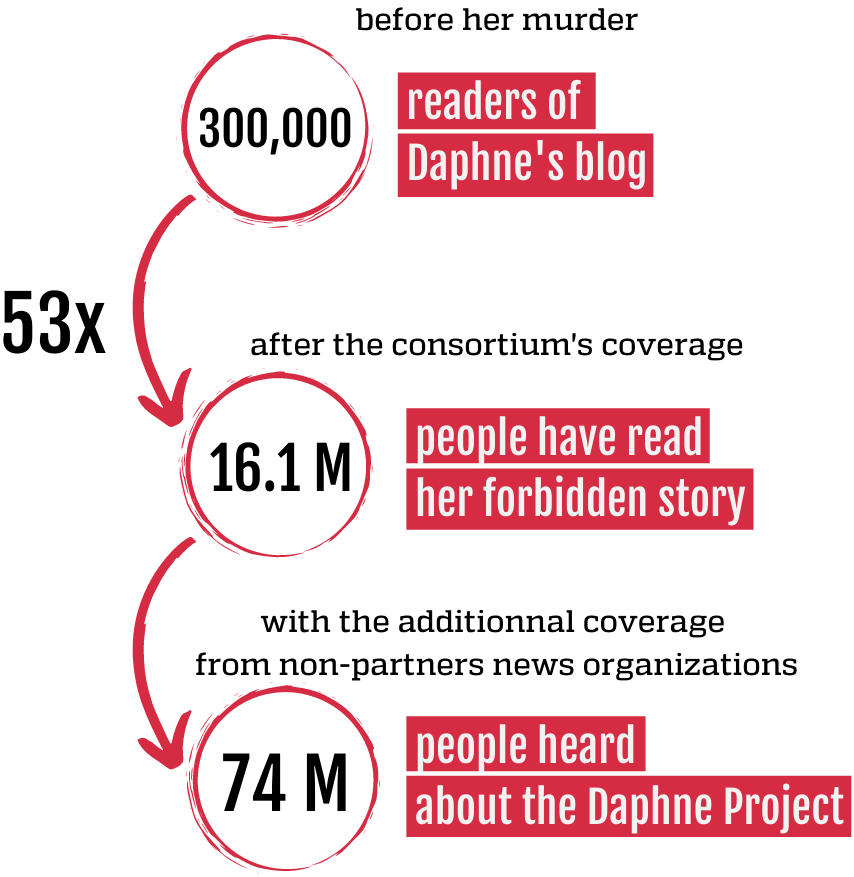 European Commission, European Parliament, Council of Europe reacted strongly after our publication, and created some ad hoc commission to investigate further the Killing of Daphne Caruana Galizia. The Council of Europe appointed a rapporteur to monitor the rule of law in Malta.
In Malta, dozens of thousands of citizens went in the streets to protest against their governments. Recently, high-ranking government officials and even the prime minister have resigned from office for participating or being complicit in the murder. 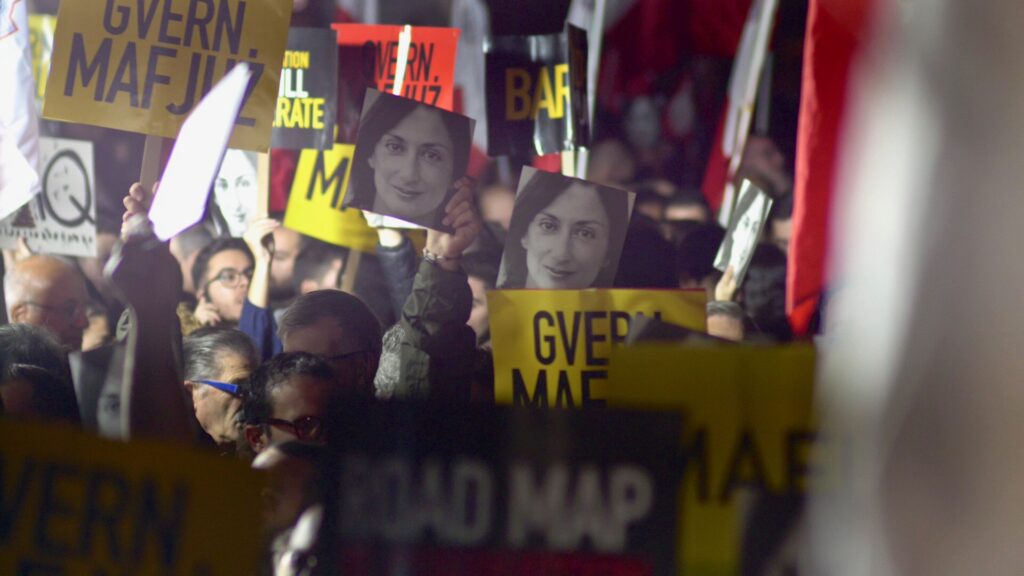 Demonstrations in Malta after the murder of investigative journalist Daphne Caruana Galizia.